As a birth photographer, Kristin Ann has been able to witness the wonderful process of giving birth. And in her many years, there was this one family that remained to be one of her most memorable experiences ever. The first time she met them was during the birth of the family’s first son, Boyd.

Brooke was already in labor and her doula and the whole water birthing team as well as her husband were all there to support her through the process. But what they didn’t notice was that there was an additional witness to the birth of baby Boyd and that was Ryder, Brooke’s corgi.

During Brooke’s first birth with her son Boyd, Ryder would come and check her from time to time to make sure that she was okay. When the contractions started getting stronger, Ryder let his mom hug him and gave her all the love and space she needed. Brooke’s second child Berkeley arrived after Boyd and although Ryder was no longer there, his brother Ranger stepped up.

At first, Ranger was very curious as to what was happening and while Brooke rocked back and forth, he laid under the bed. As the contractions then started to get more intense, Ranger jumped on the bed and gave Brooke a reassuring kiss, letting her know that she could do it. A few moments later, Brooke moved into the birthing tub and Ranger sat on the couch to watch her and make sure that everything was going fine.

During that time, Brooke progressed quickly and the contractions even became stronger. While she held her husband’s hand, Ranger would come in and give her reassuring kisses. Unlike Brooke’s last birth, this one was more intense but thanks to her amazing team and of course Ranger, she was able to come through. 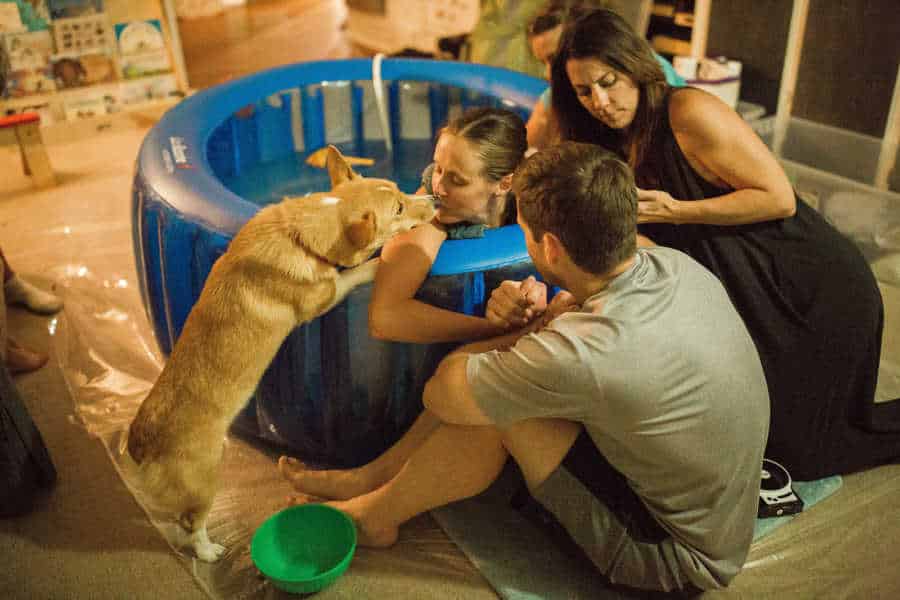 Once Berkeley was out, everyone was so happy including Ranger who quickly ran and jumped up to meet his new sibling. He definitely loved her. And just like how he supported Brooke all throughout, Ranger was also there to watch Berkeley from the moment she got weighed to her very first outfit change.

After everything wrapped up, Kristin Ann went home and looked through all the photos. She then sent a preview to Brooke who was not aware that her Corgi was right beside her through everything. Kristin Ann also posted the photos on Facebook and she was just overjoyed with all the positive comments she received.

Truly, it was a wonderful experience for her to witness such a relationship and bond between a woman, her baby, and of course, her dog.

Our website is made possible by displaying online advertisements to our visitors. Please consider supporting us by disabling your ad blocker.